Following the Great Fire of London in 1666, Sir Christopher Wren designed the first stone built church on this site: consecrated in 1681 and acquiring its first ring of 8 bells in 1693 with the steeple added in 1719.  In 1844 the bells were augmented to a ring of 10 bells. In 1913 the oak frame was upgraded to a steel one. The bells remained silent throughout WWI but rung again from 1919 and a carillon added and the “Oranges and Lemons” tune played from the following year.  On 10th May 1941, during the Second World War, the church took a direct hit from a bomb causing a devastating fire.  Although the damaged tower survived the bells were put in safekeeping buried in sand inside a brick shed until after the war.

In 1953 the bells were removed and recast with original dates and inscriptions preserved onto the new bells.  An additional carillon bell was also added to enable “Oranges and Lemons” to be played in the correct key.  At a special service held on 24 January 1957 in the open air at the west front of the church, the bells were dedicated and named according to tradition.  British Pathé News were there. 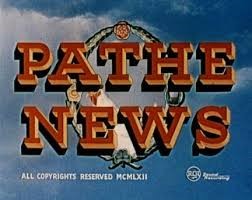 The new bells were rung for the first time on 14th February 1958. During the early sixties the clock hammer was interfered with, damaging the Tenor when it was rung.  An ensuing crack caused the tone of the bell to be lost before it was recast in 1979.